Workshop on “SELF DEFENCE” 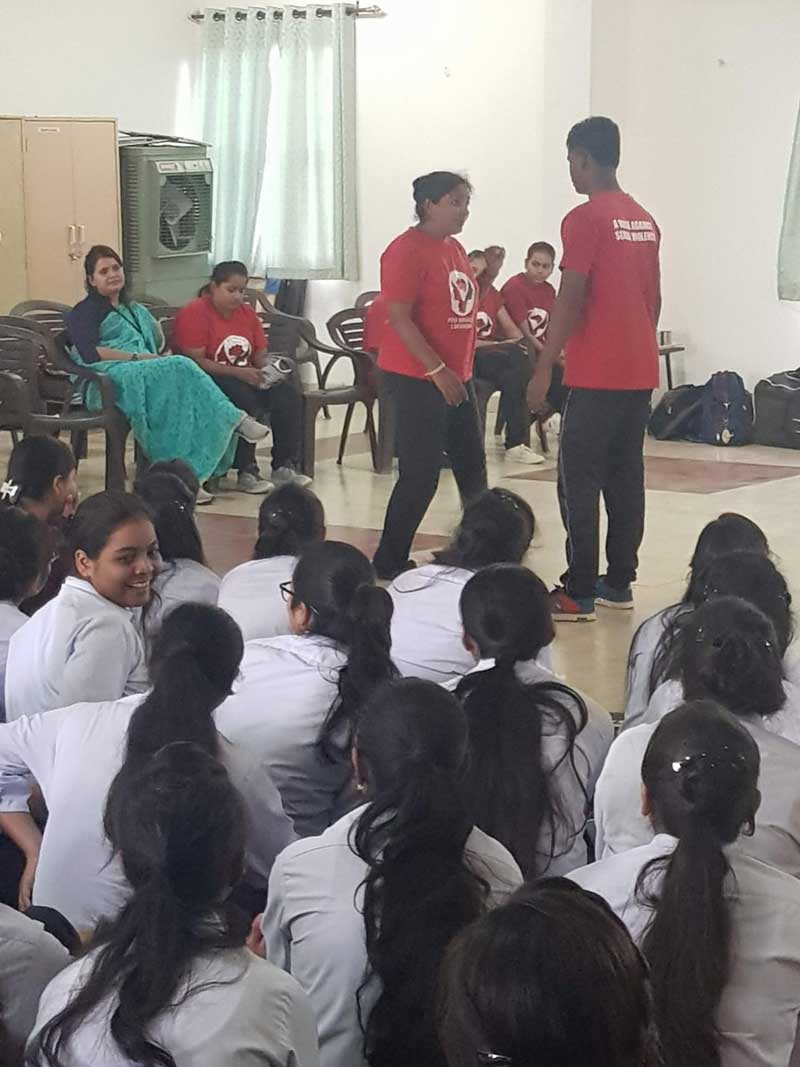 Initially, the group started the awareness campaigns regarding women issues through street plays, gender sensitization workshops, and good touch bad touch classes with young children, signature campaigns, cultural activities and protests demanding the women rights from the Government. Subsequently, the Red Brigade members took martial arts lessons in Lucknow, however, as word spread of the group, several international teachers began to travel to instruct the group. Later, they found that self-defense techniques are more reliable in protecting oneself from sexual assault; the Brigade learnt self-defense techniques from five countries and started training/equipping other girls with the self-defense techniques. The small initiative which was started in 2011 took a massive form & is recognized worldwide as the Red Brigade Lucknow. Till date, Red Brigade has trained over 70,000 girls/women in self-defense. Usha Vishwakarma was awarded by the Govt. of Uttar Pradesh with Rani Laxmi Bai award in 2016. She was also awarded with the title of 100 Women Achievers of India by Honorable President of India in year 2016. More than fifty nations have filmed her for the documentaries. Most of the popular print media of world wrote about Usha and Red Brigade. She has been invited as the special guest in the popular television shows like: KBC, Mission Sapne, Sawadhan India, Stri Shakti and dozens more programs of India. 1090 POWER ANGELS/NSS/NCC GIRLS had participated in this work shop, and learned lot of tricks of self defence. 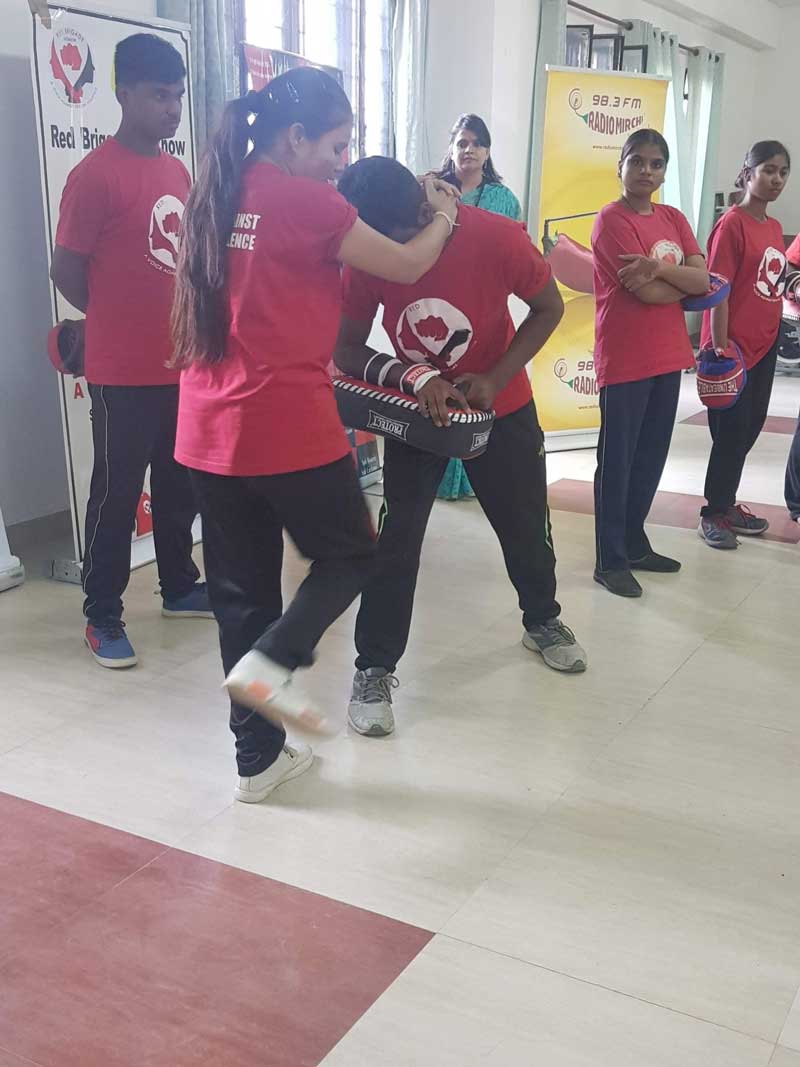 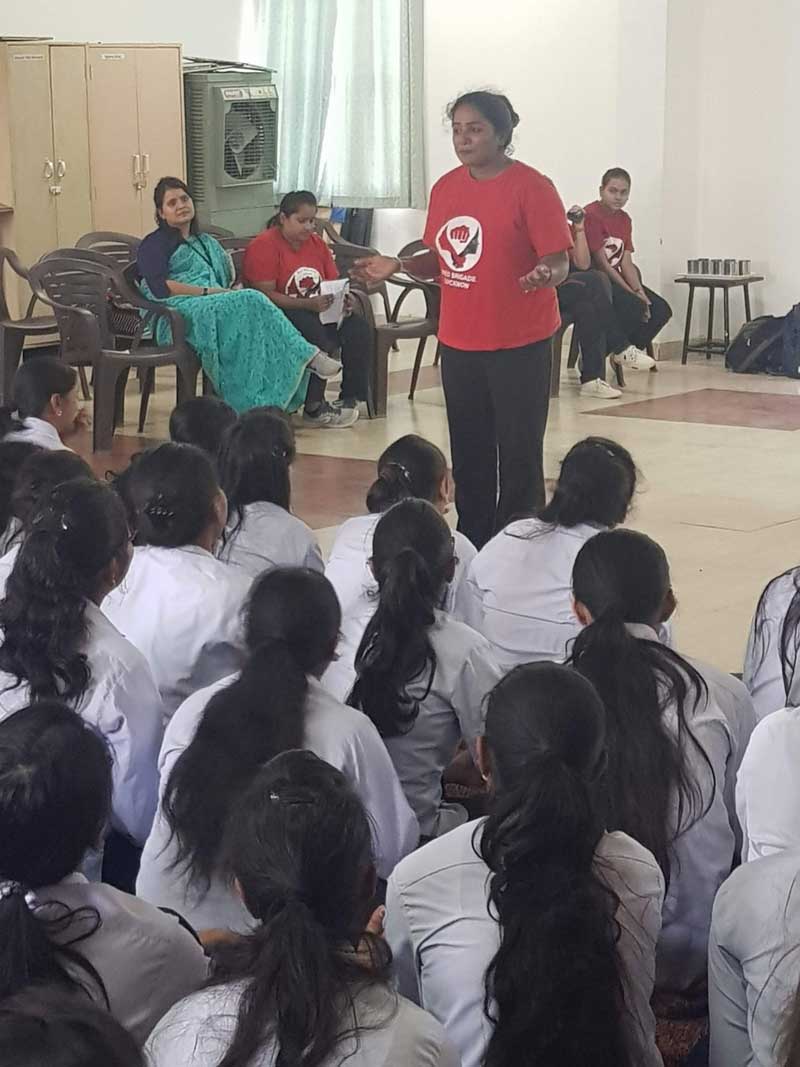 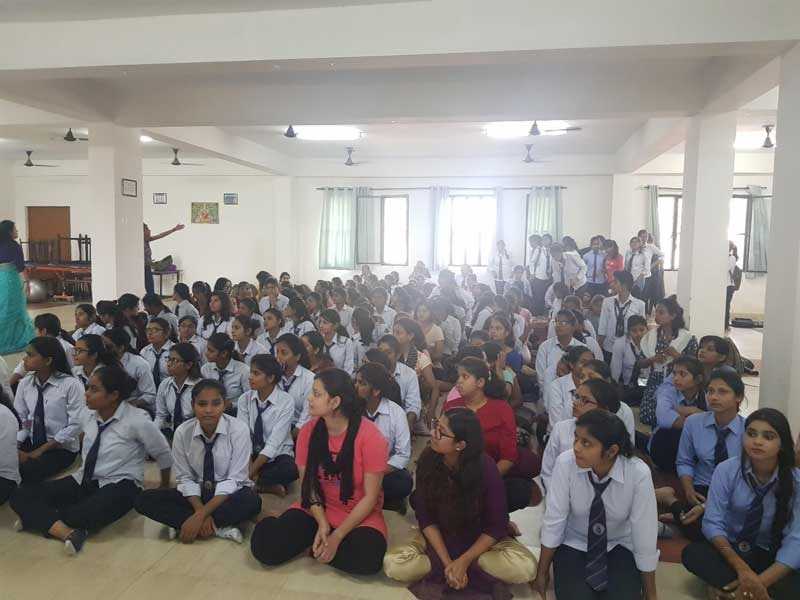